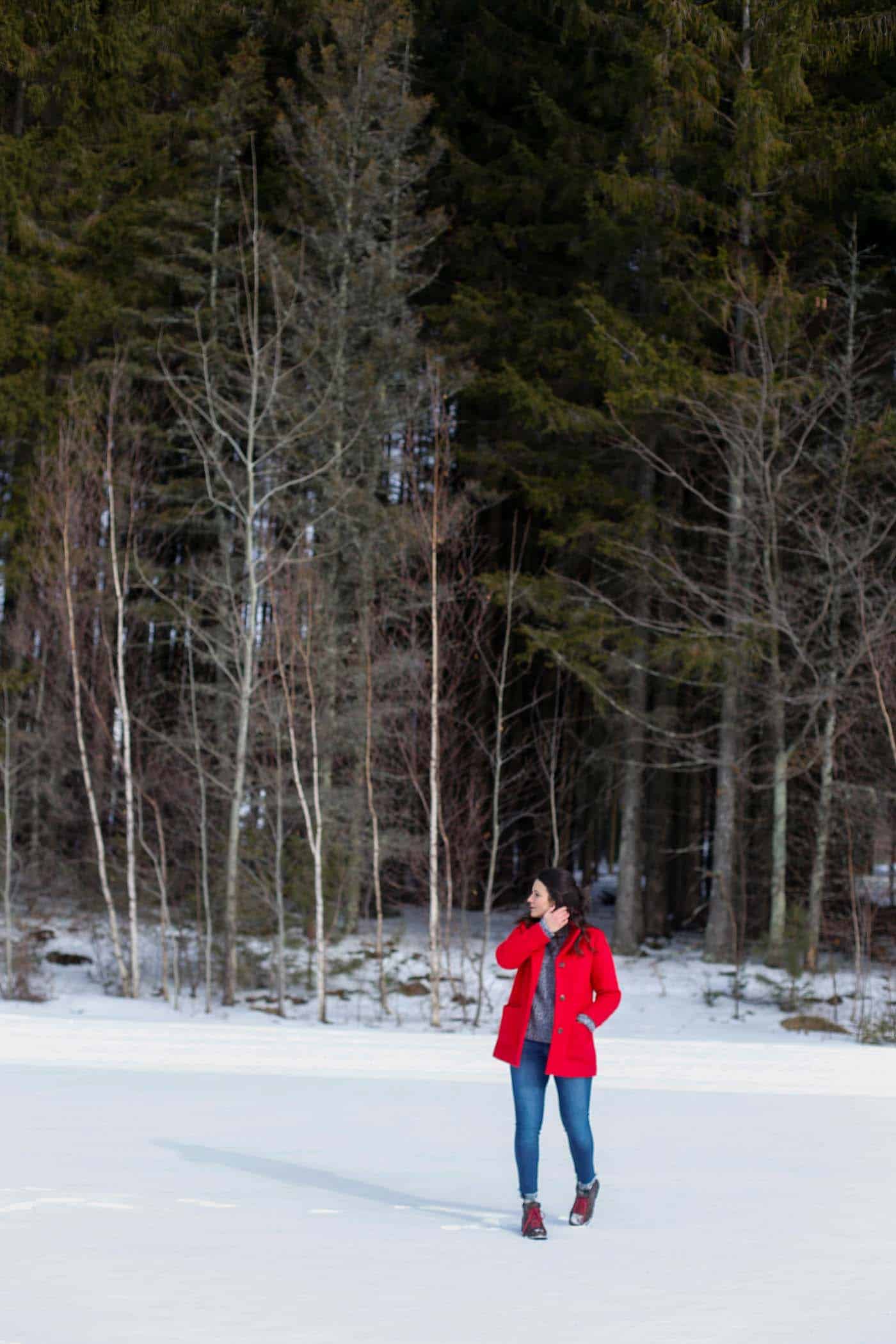 Our first day in Vermont we headed straight to the slopes for a ski lesson, more on that tomorrow. But the next day we did some exploring around Stowe and Waterbury. I wore this outfit around town and it kept me so toasty and warm. I’m not usually a turtleneck kind of girl and have rarely found ones I love. As in, there’s two. This is one of them (this is the other one). It’s from Abercrombie & Fitch as well as my Eastland boots. Such good buys over the holidays during the sales. Here’s how our busy busy day went. 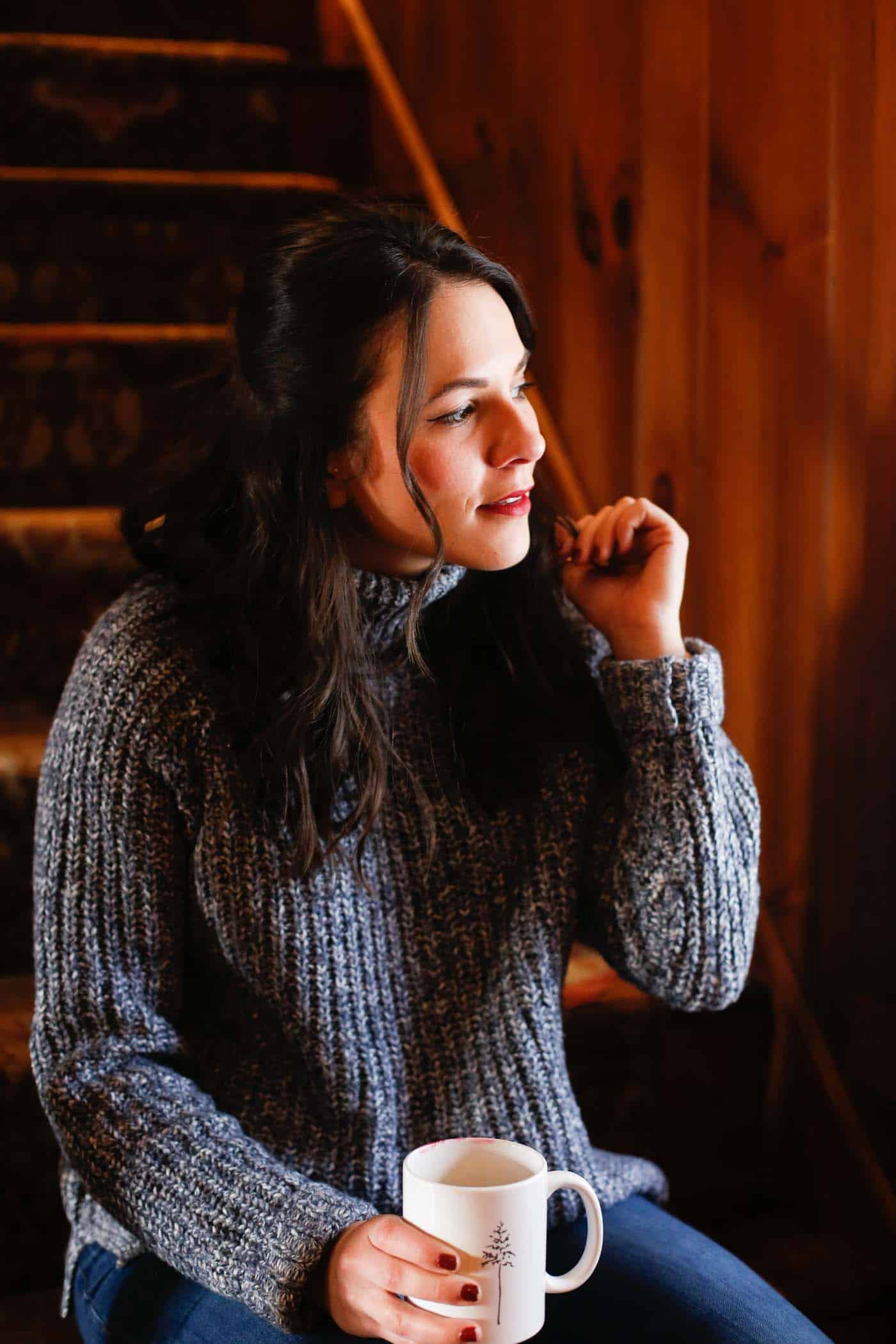 First up, breakfast at Edson Hill. We had breakfast there every morning and fueled up for our long day ahead.  Although, after writing this, realized we probably should’ve ordered less… 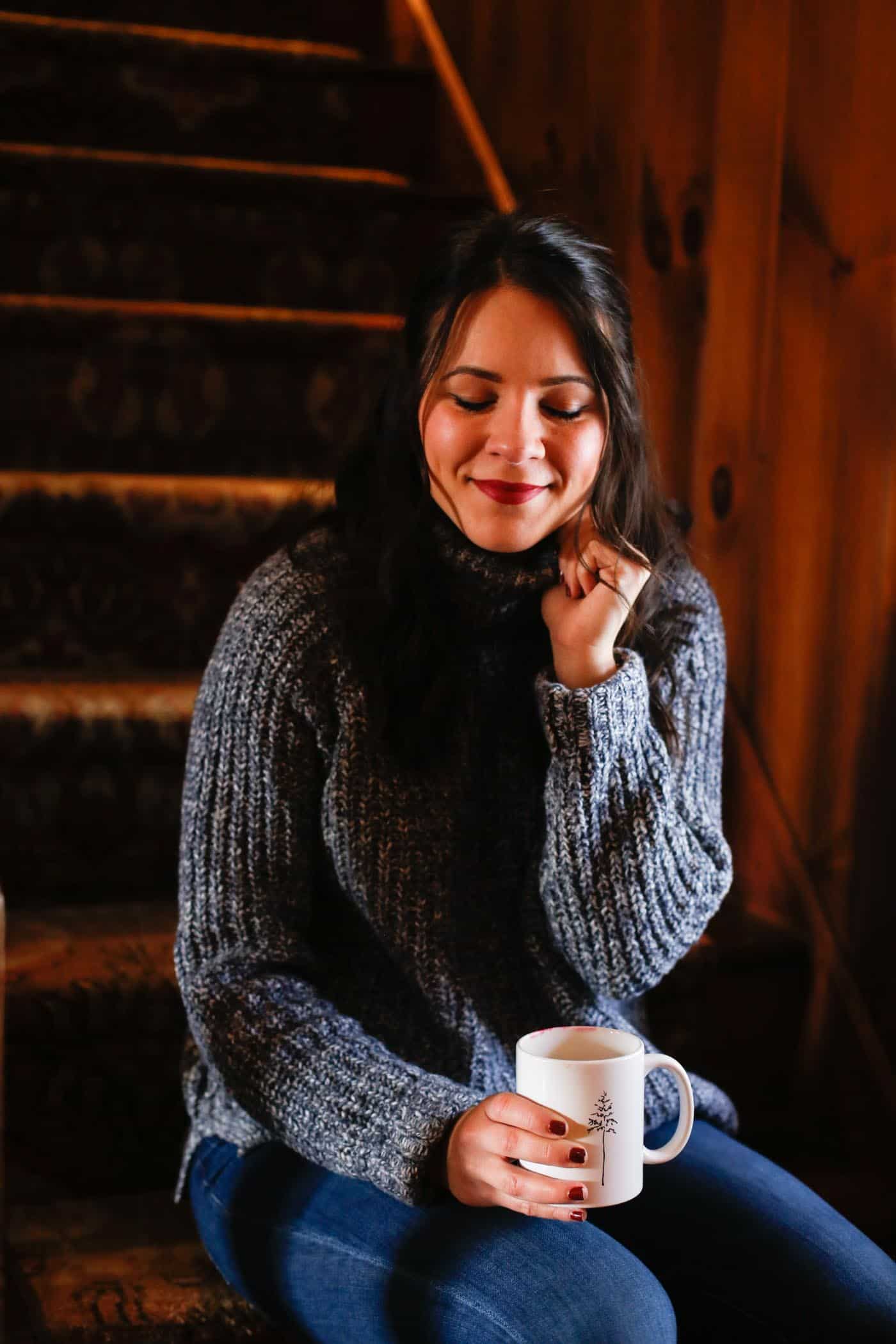 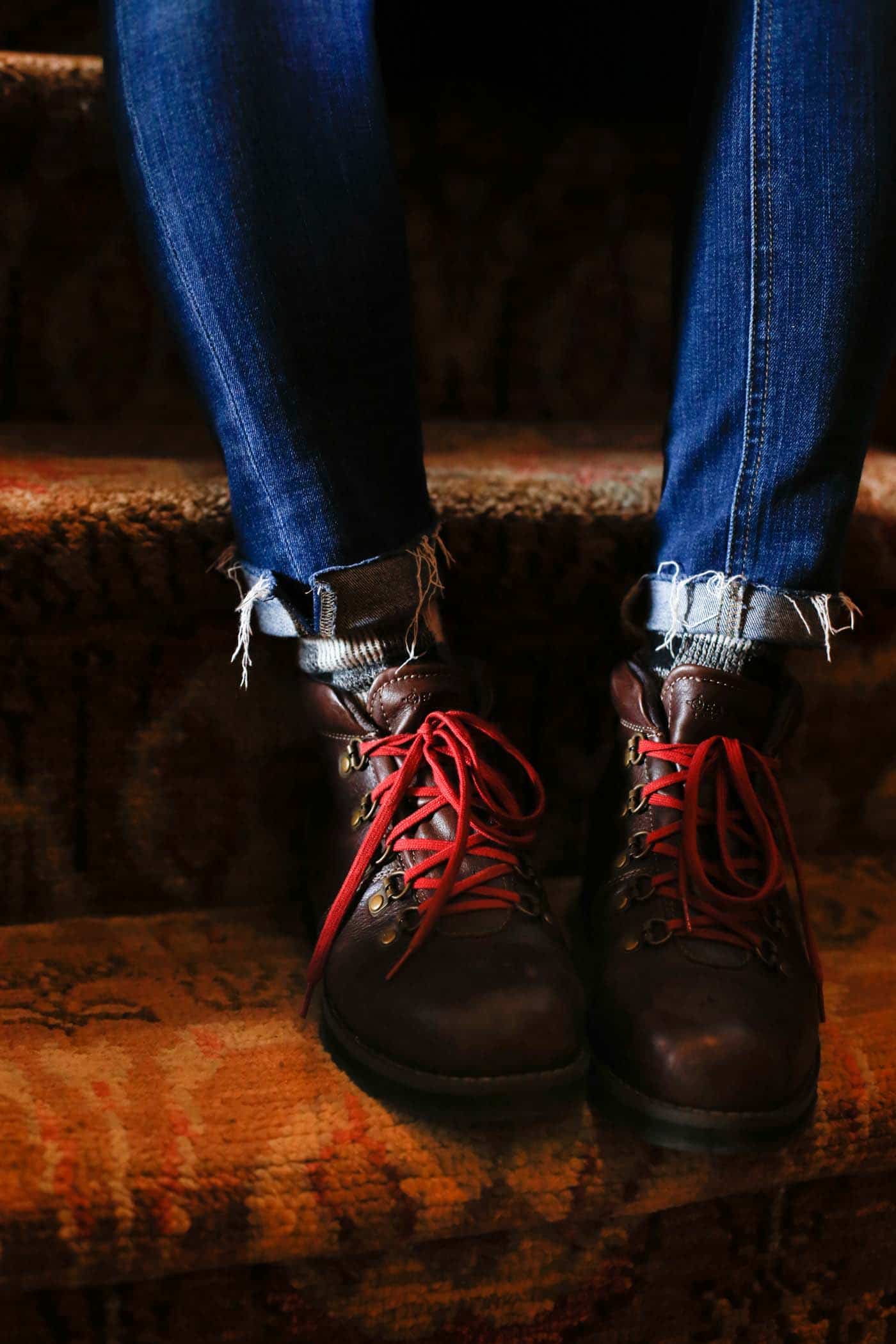 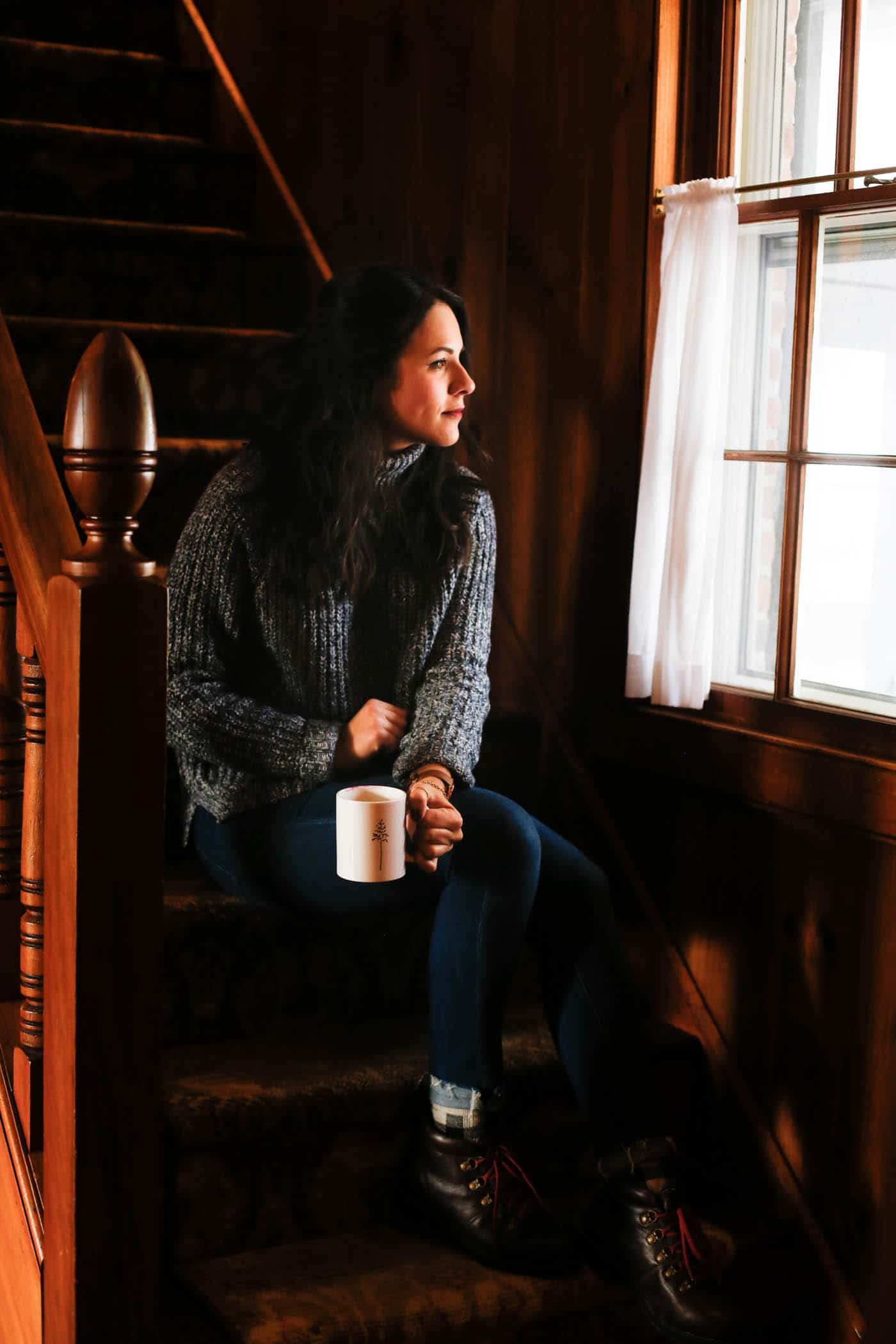 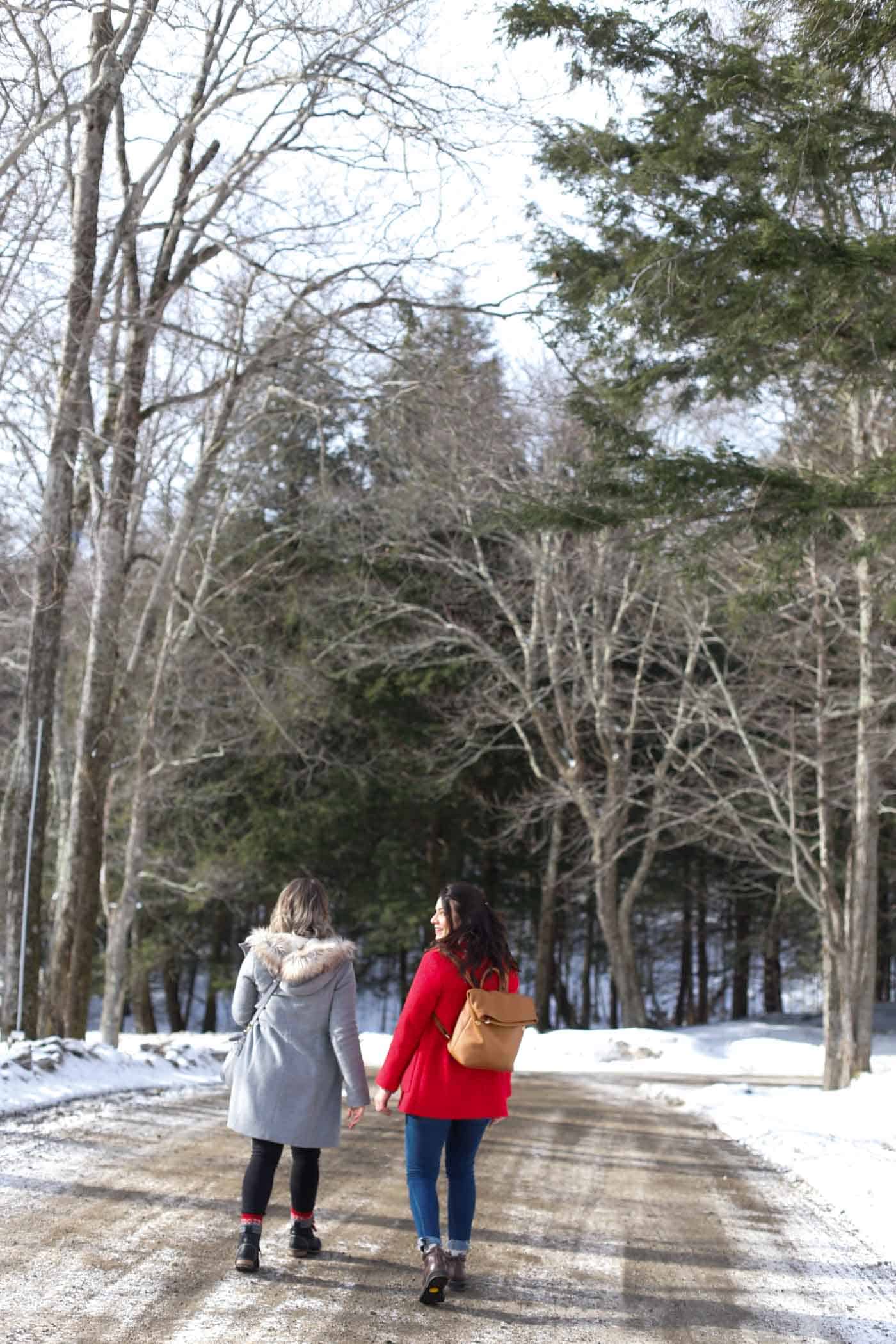 Before we headed out for our busy day, we went for a little walk around the property. We stopped to say hello to the horses at their Nordic Center at Edson Hill. They just have three, Blackie, Knight and Blaze. We brought them carrots and tried to give them a little lovin. They were pretty shy as they just live their best life here. No rides, no nothing. Just living it up. 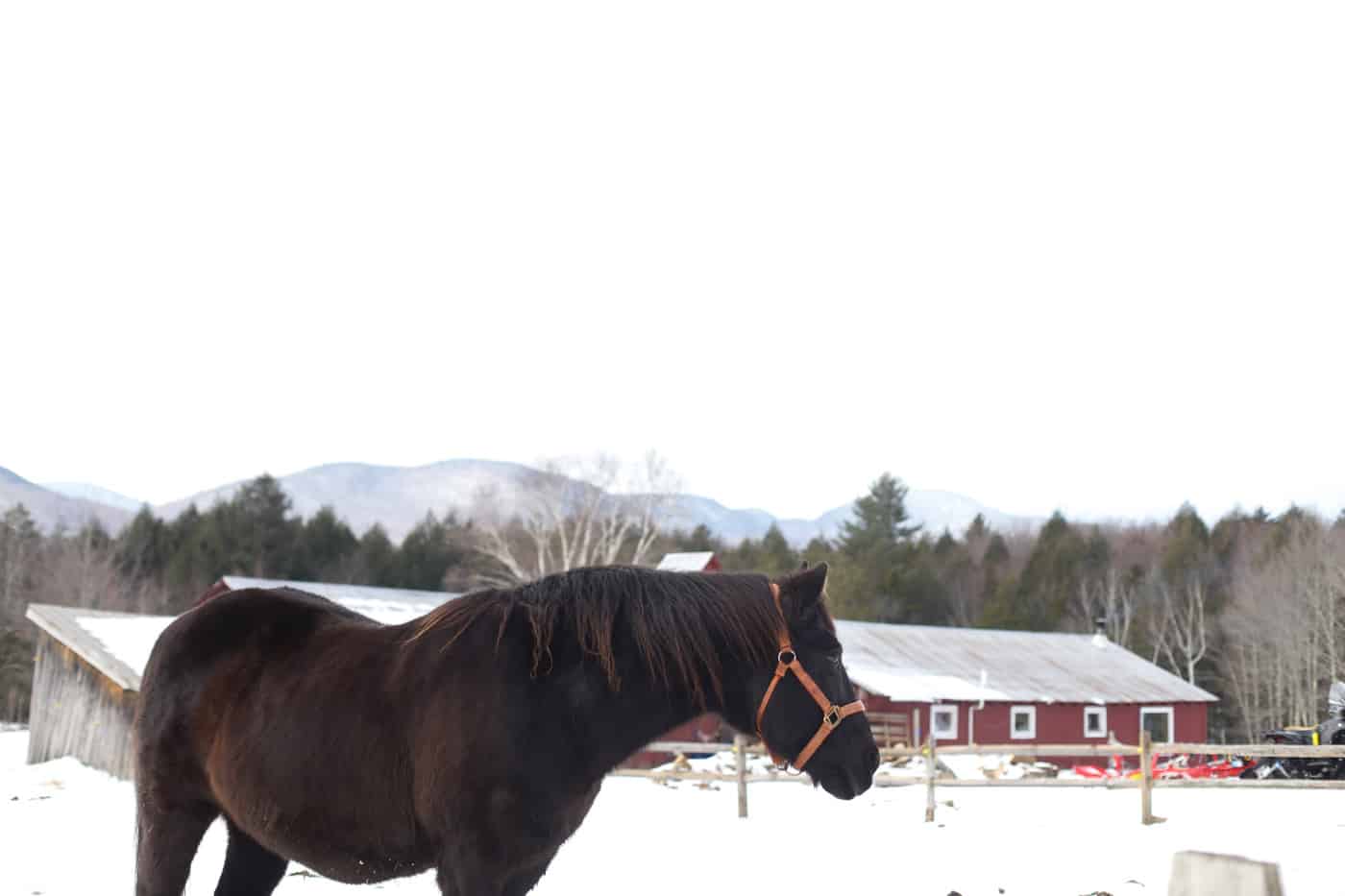 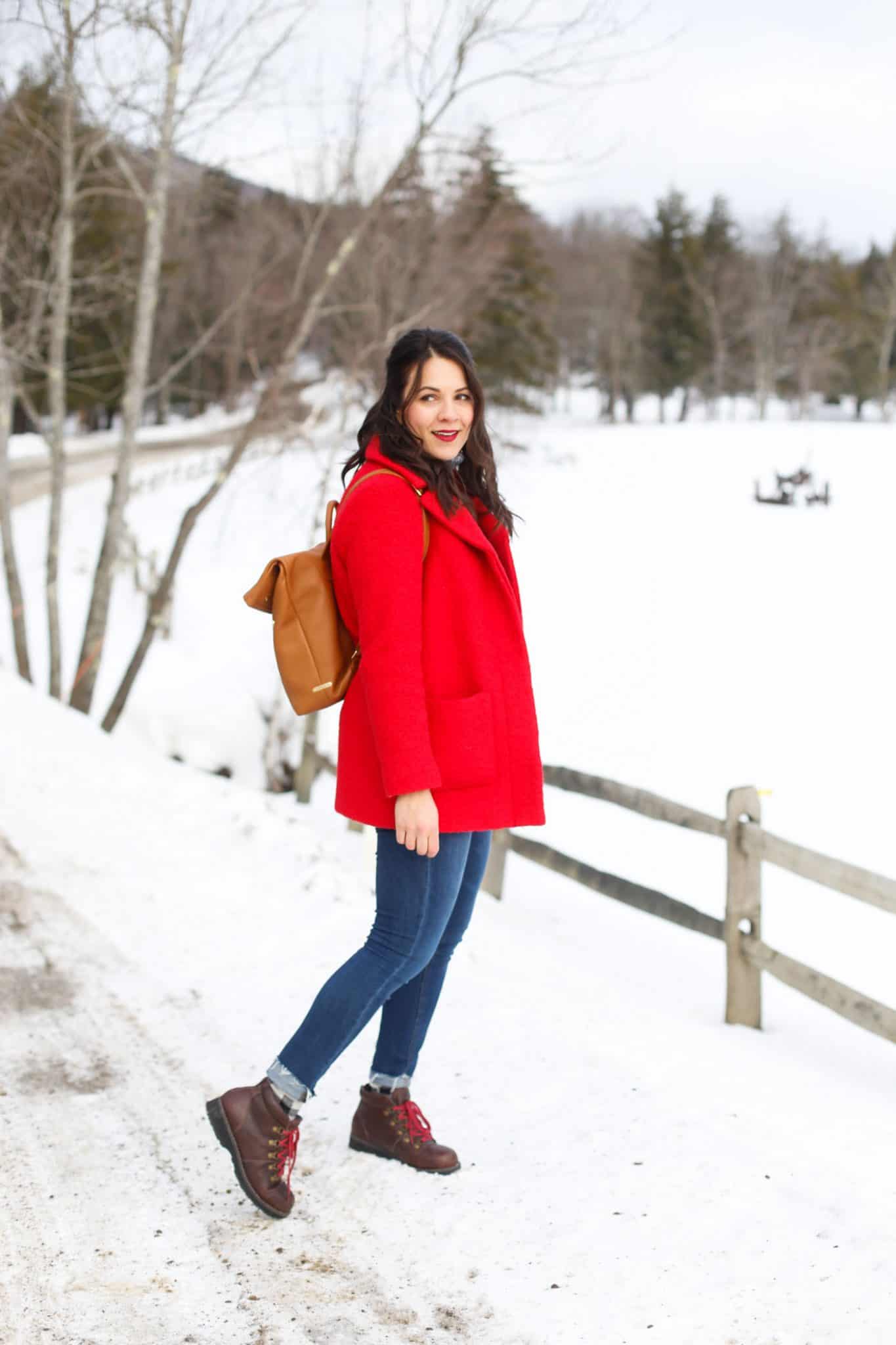 The property is massive, so we definitely worked up a bit of an appetite so we headed to Ben & Jerry’s after breakfast (great idea right?) and went on a quick tour. I recall them being much longer as a kid but the ice cream cones were just as massive as I can remember. Then we visited a local bourbon distillery for a tasting and then Cabot cheese for, well, cheese tasting.

For lunch (yes we were in fact hungry) we headed to Doc Ponds and had one epic meal. A personal favorite from the trip.  We also did a little walk around the downtown area of Stowe where we stumbled onto this charming blue house. Later that night we met up with my aunt and uncle who have a place in Sugarbush, about an hour from Stowe. They drove up and we stopped into Idyletime Brewery for a pre-dinner drink before heading back to Edson Hill for dinner. It was a day full of food basically. I loved it. 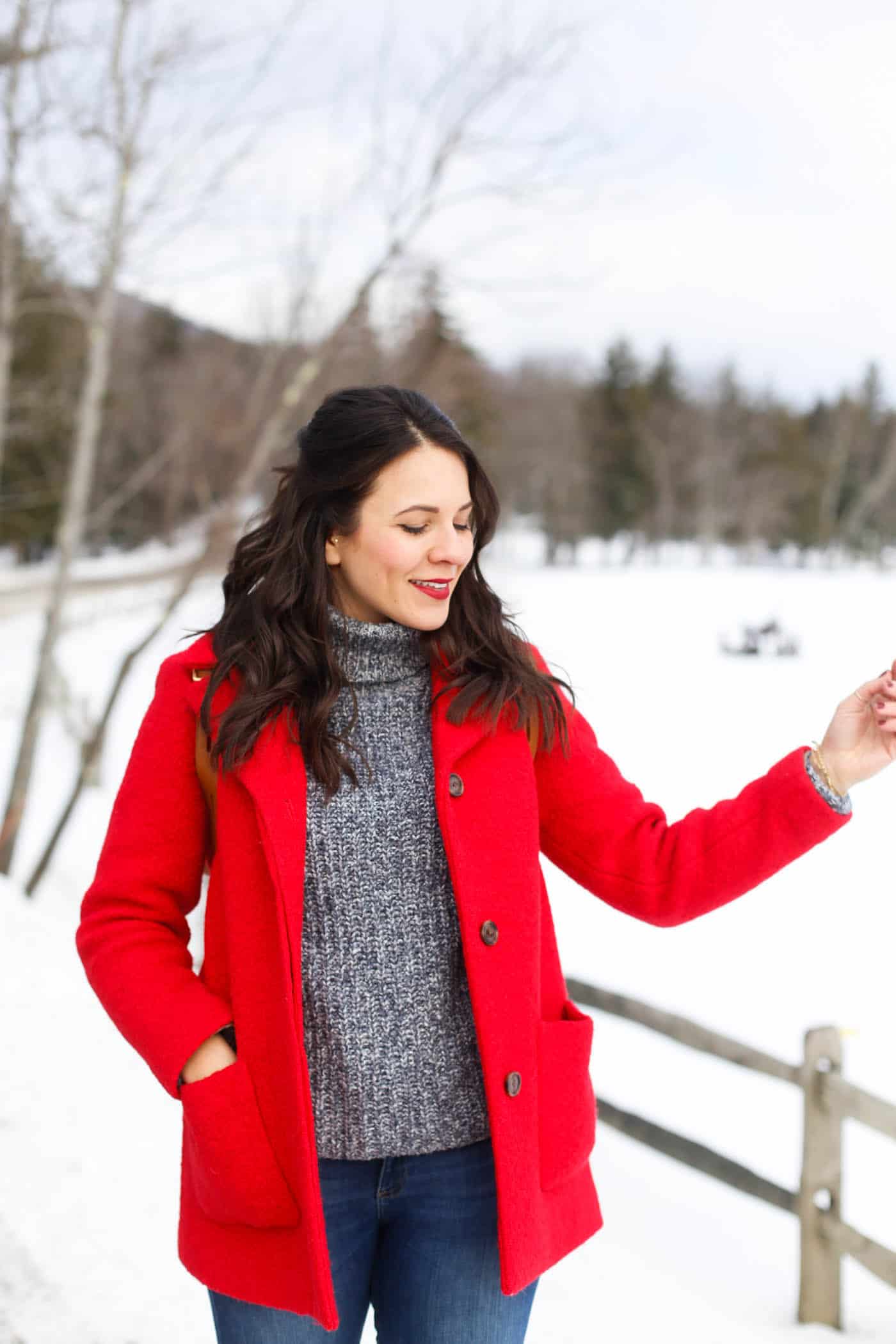 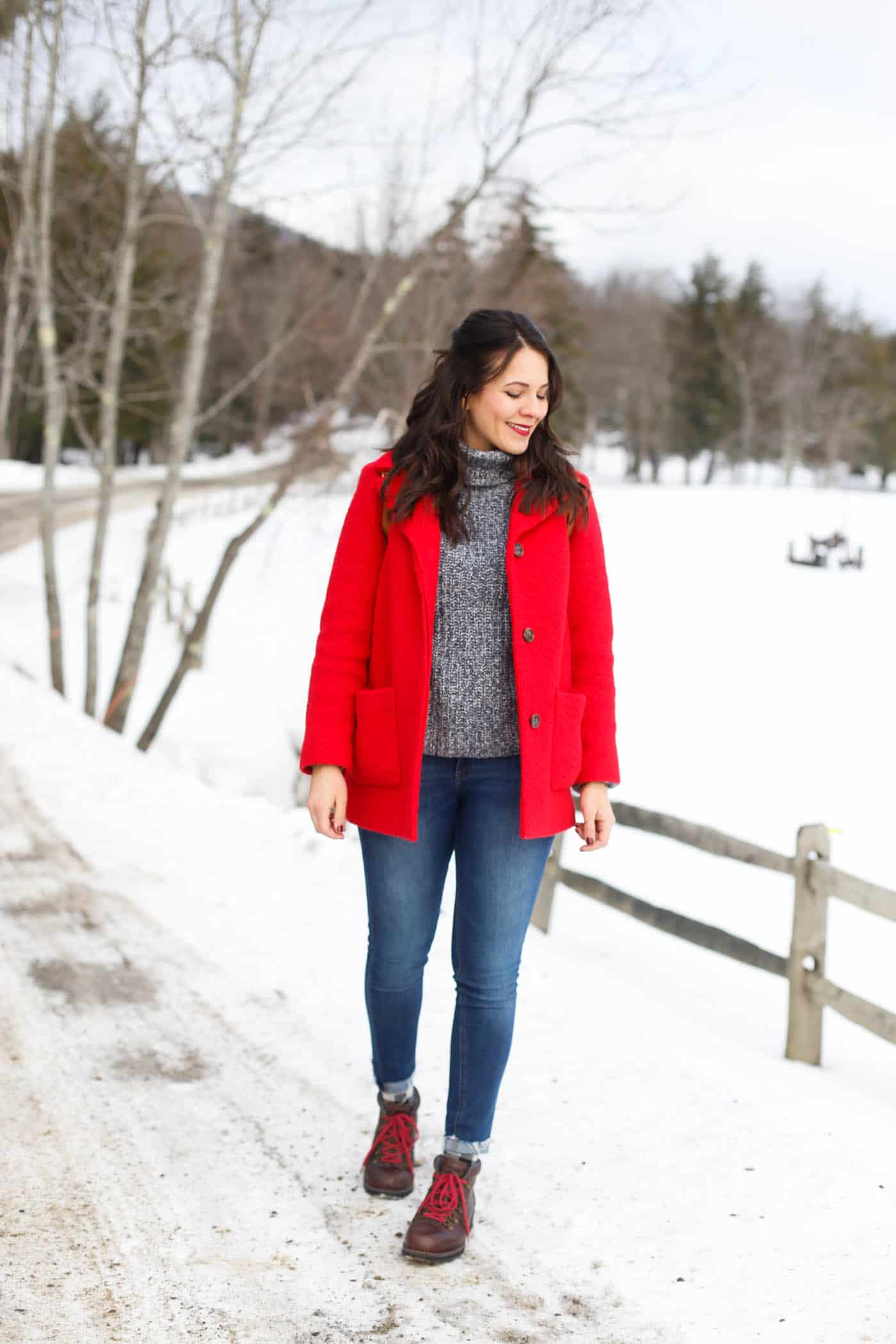 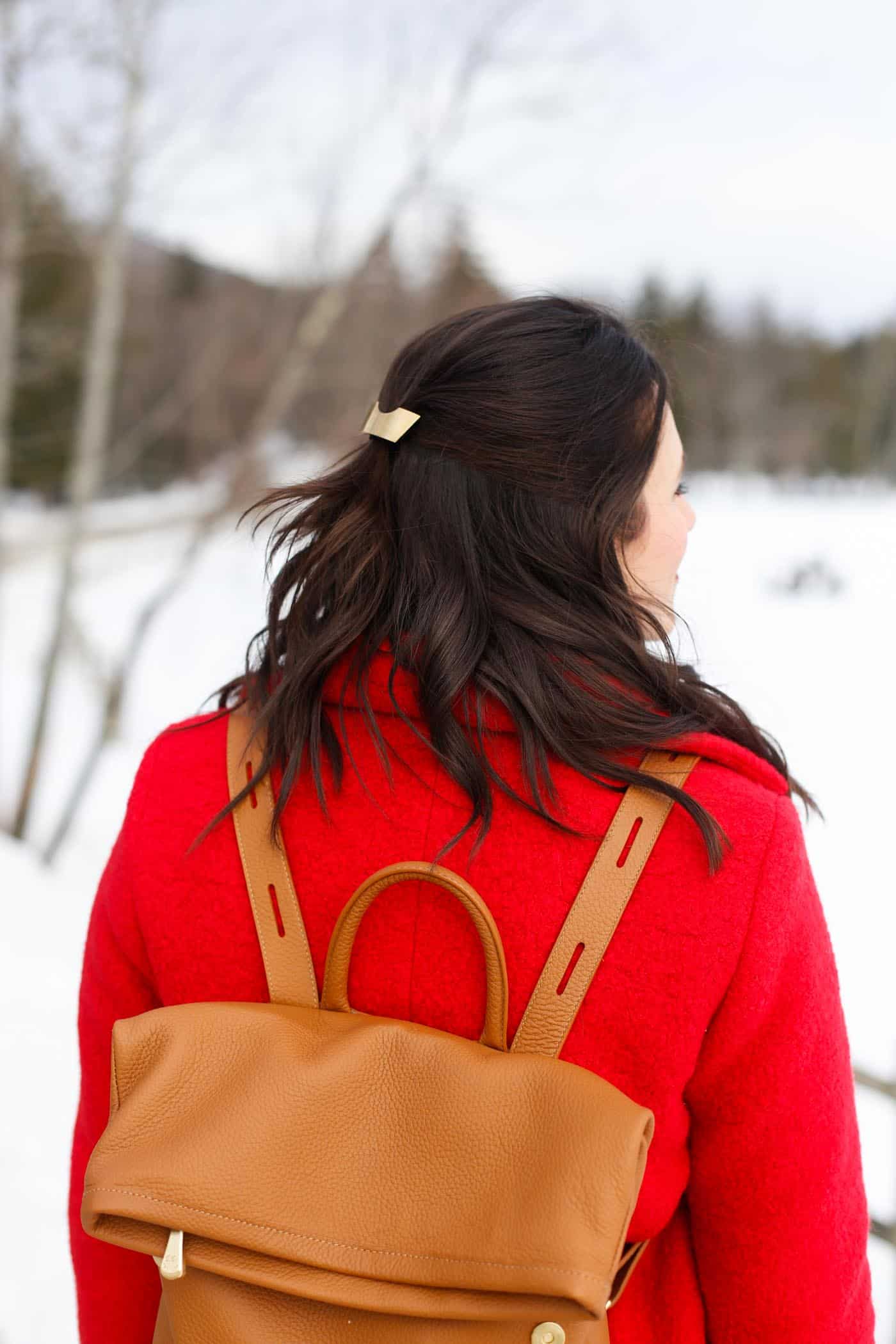 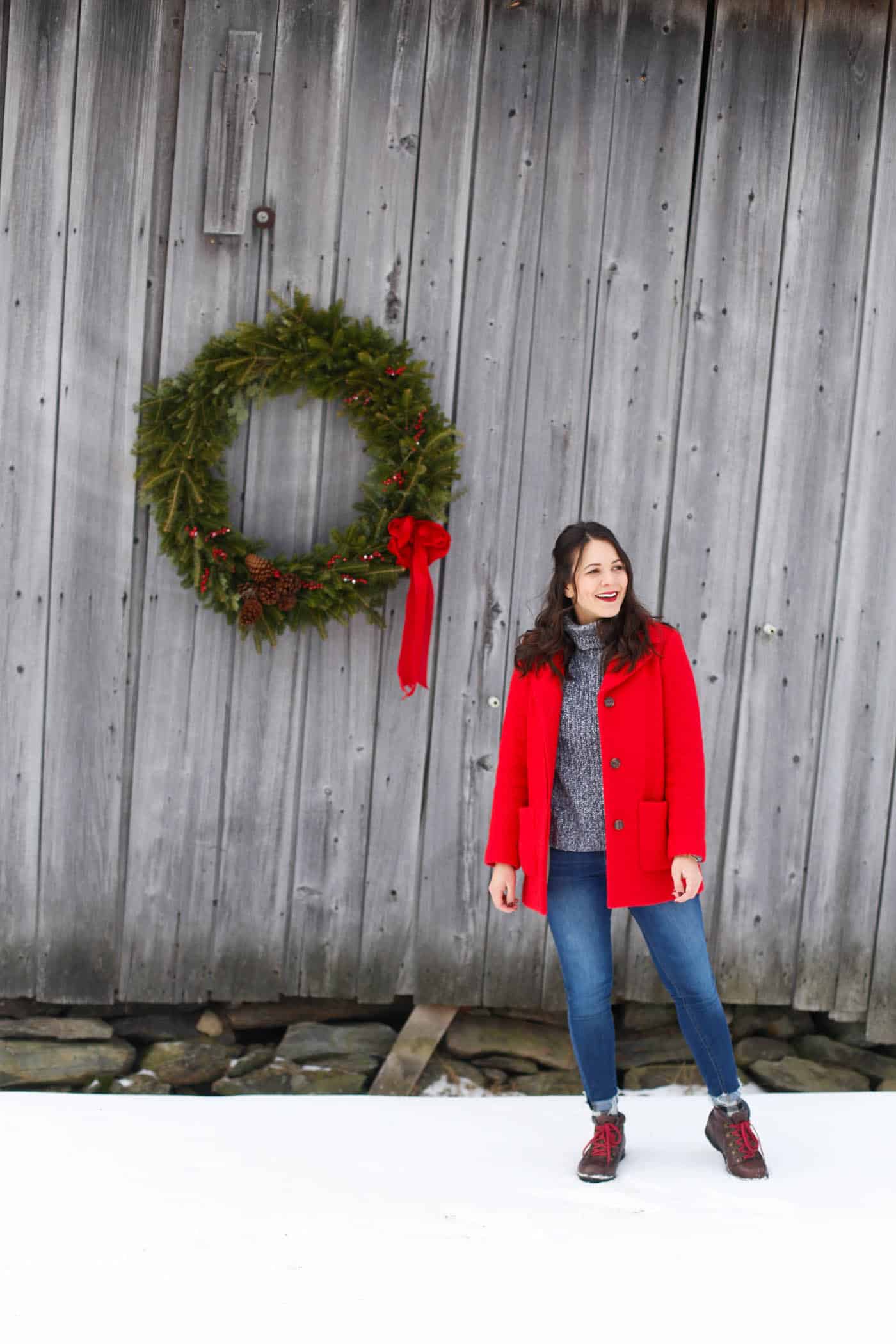 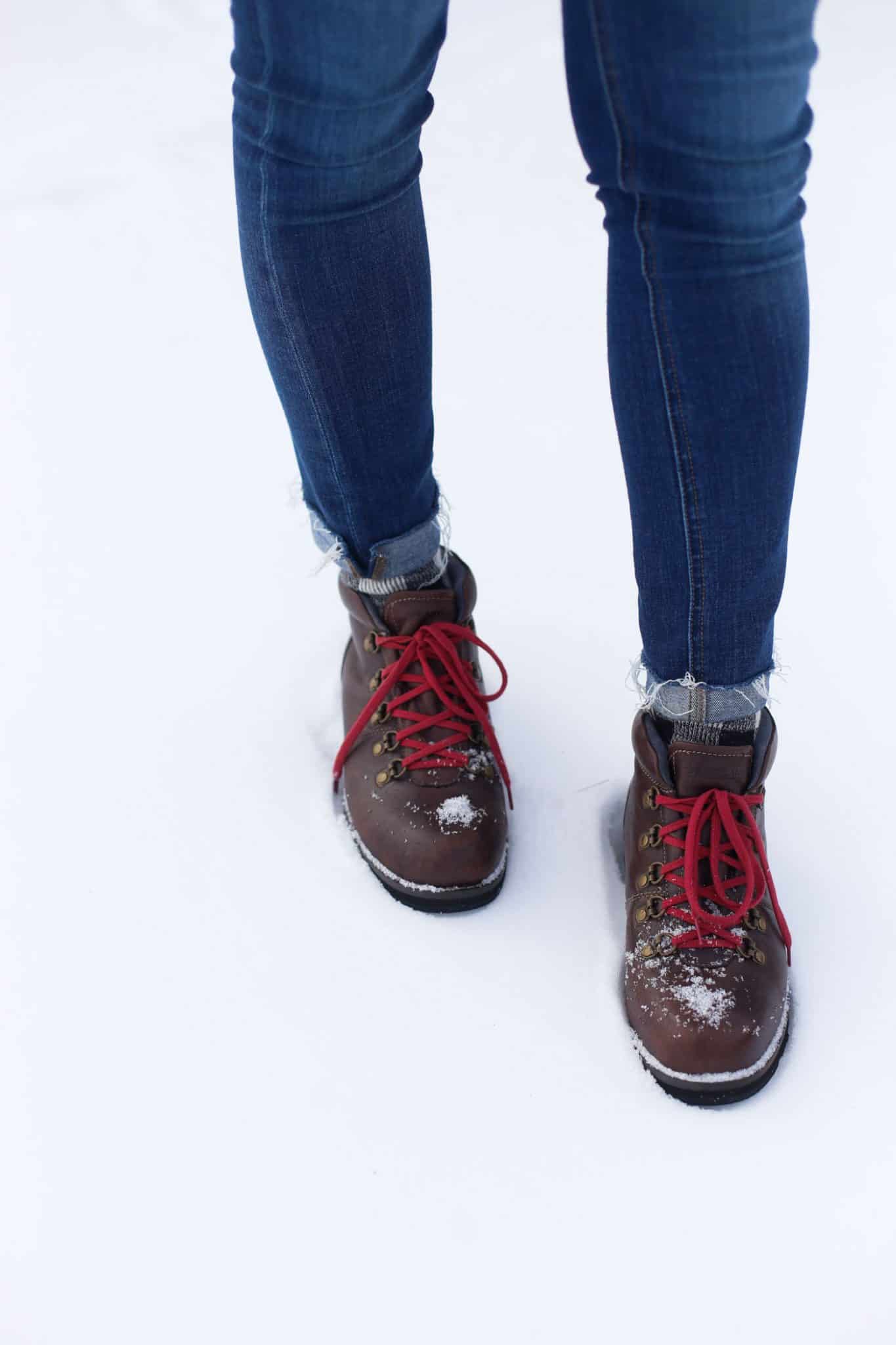 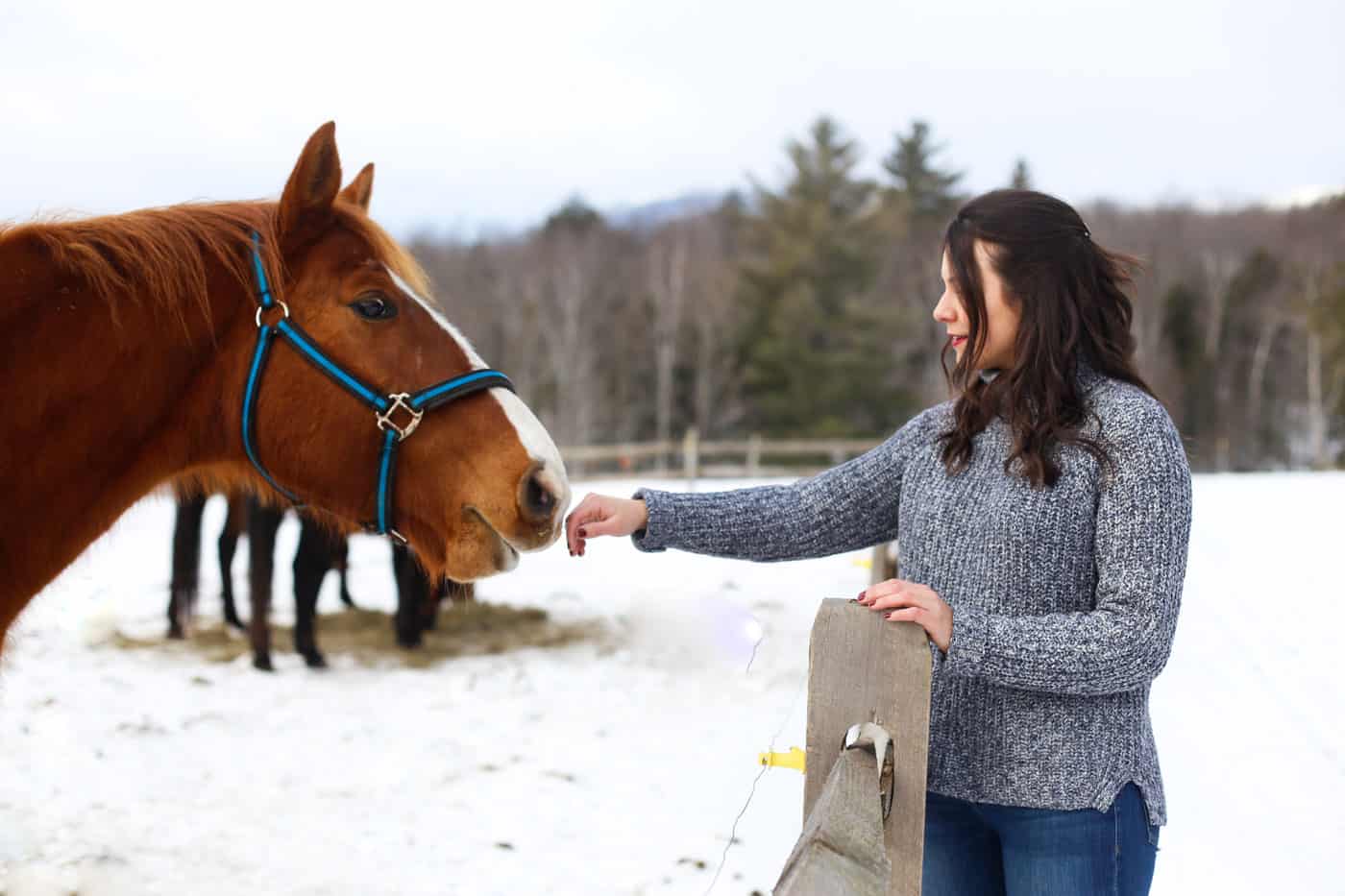 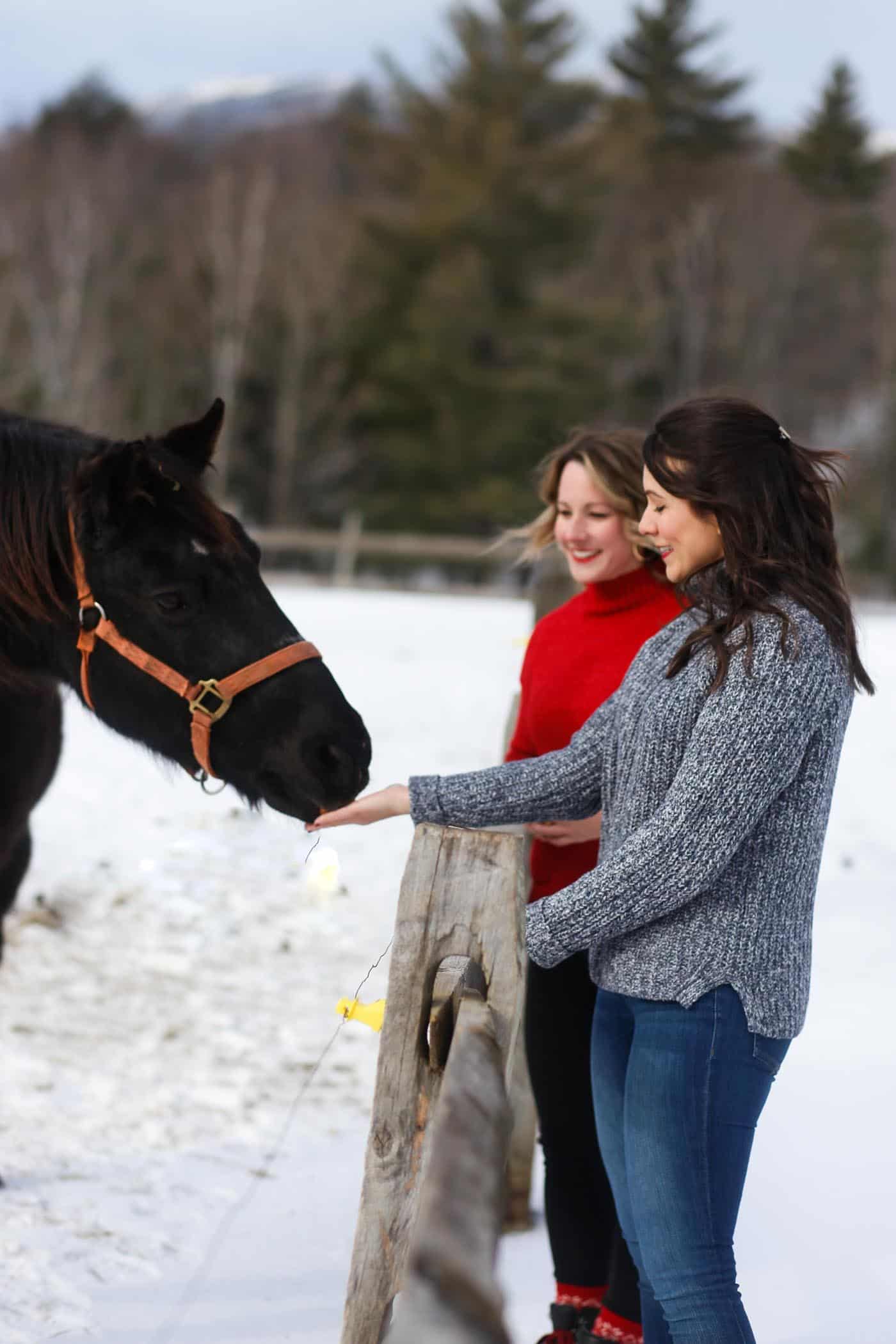 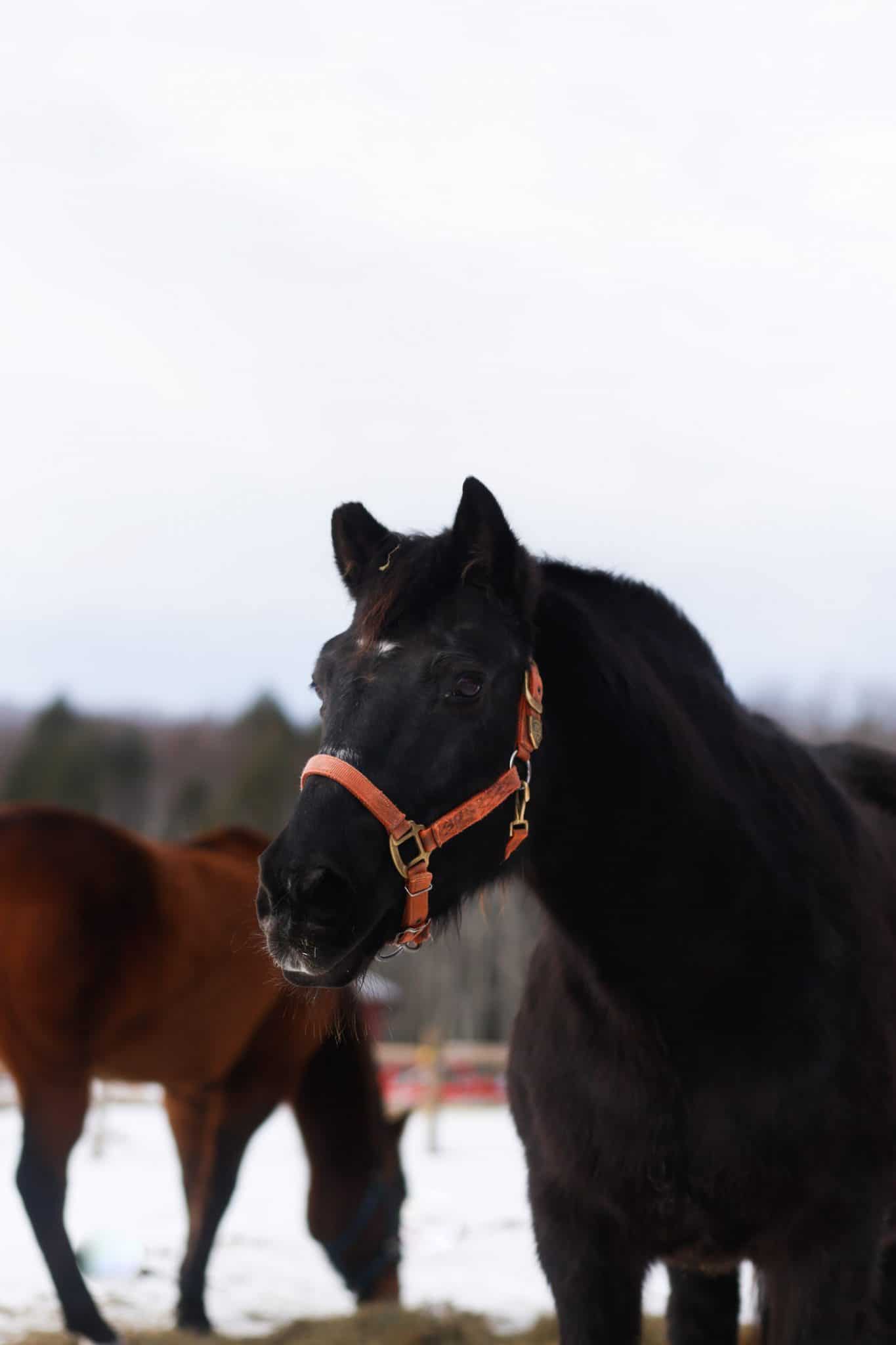 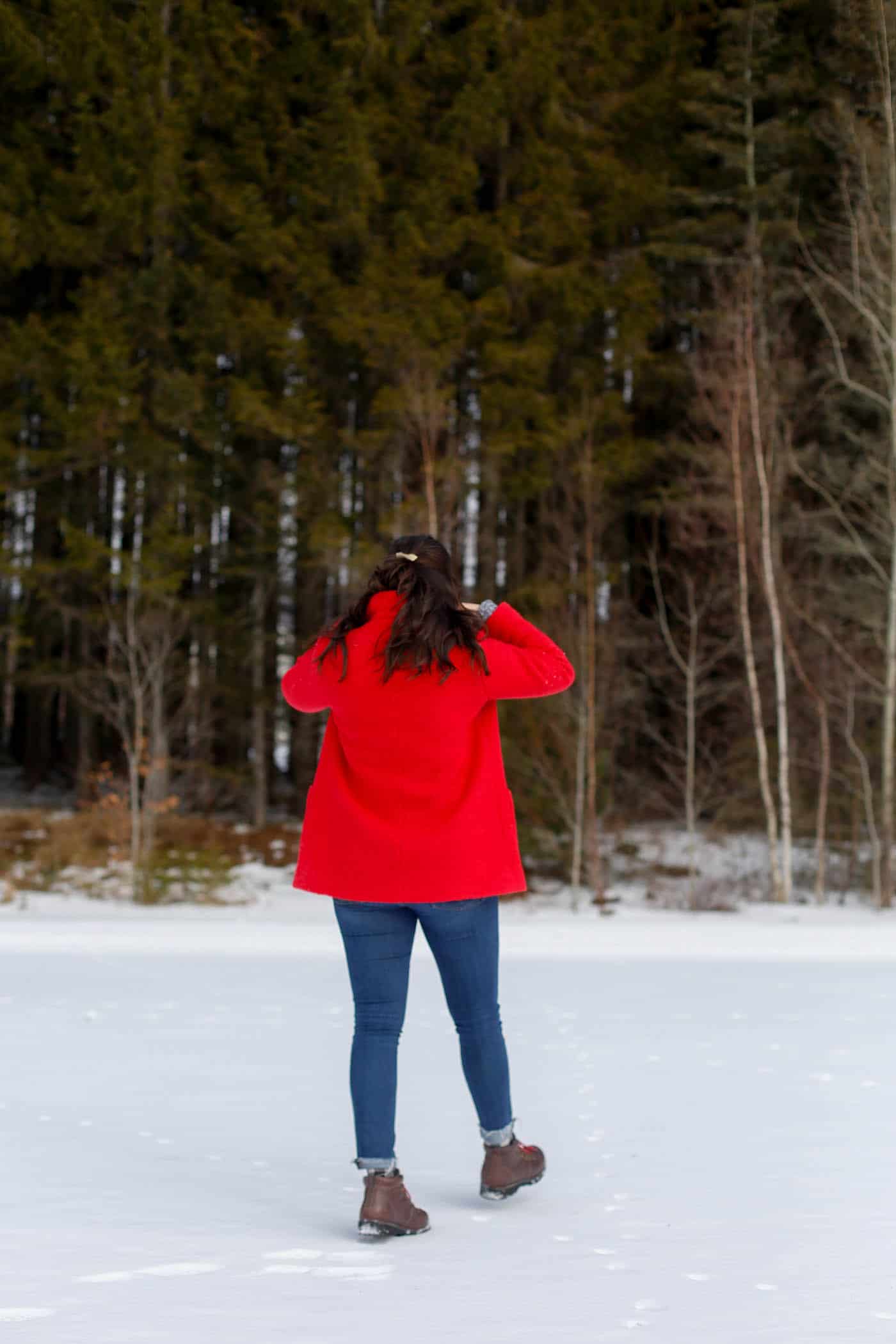 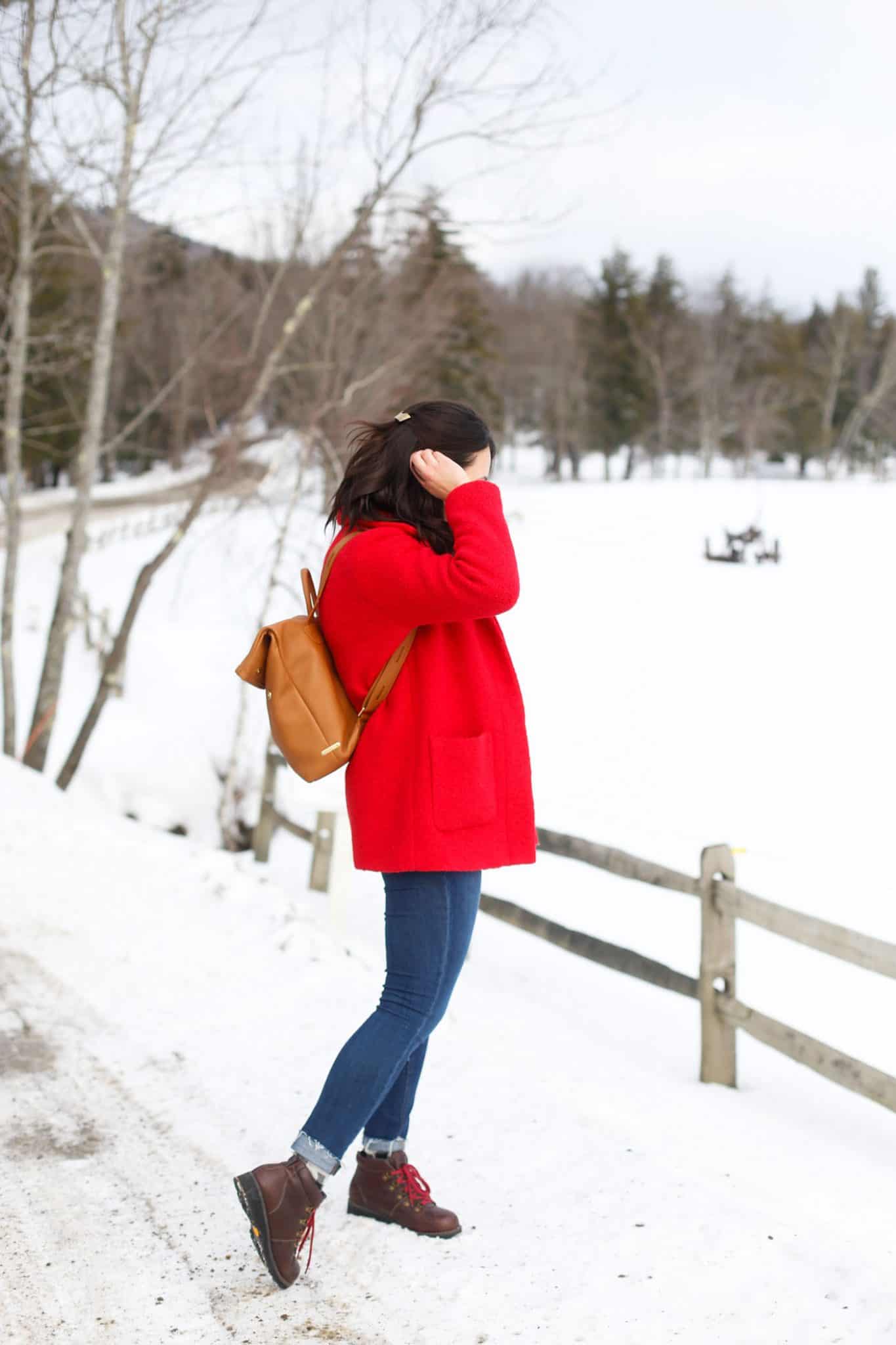 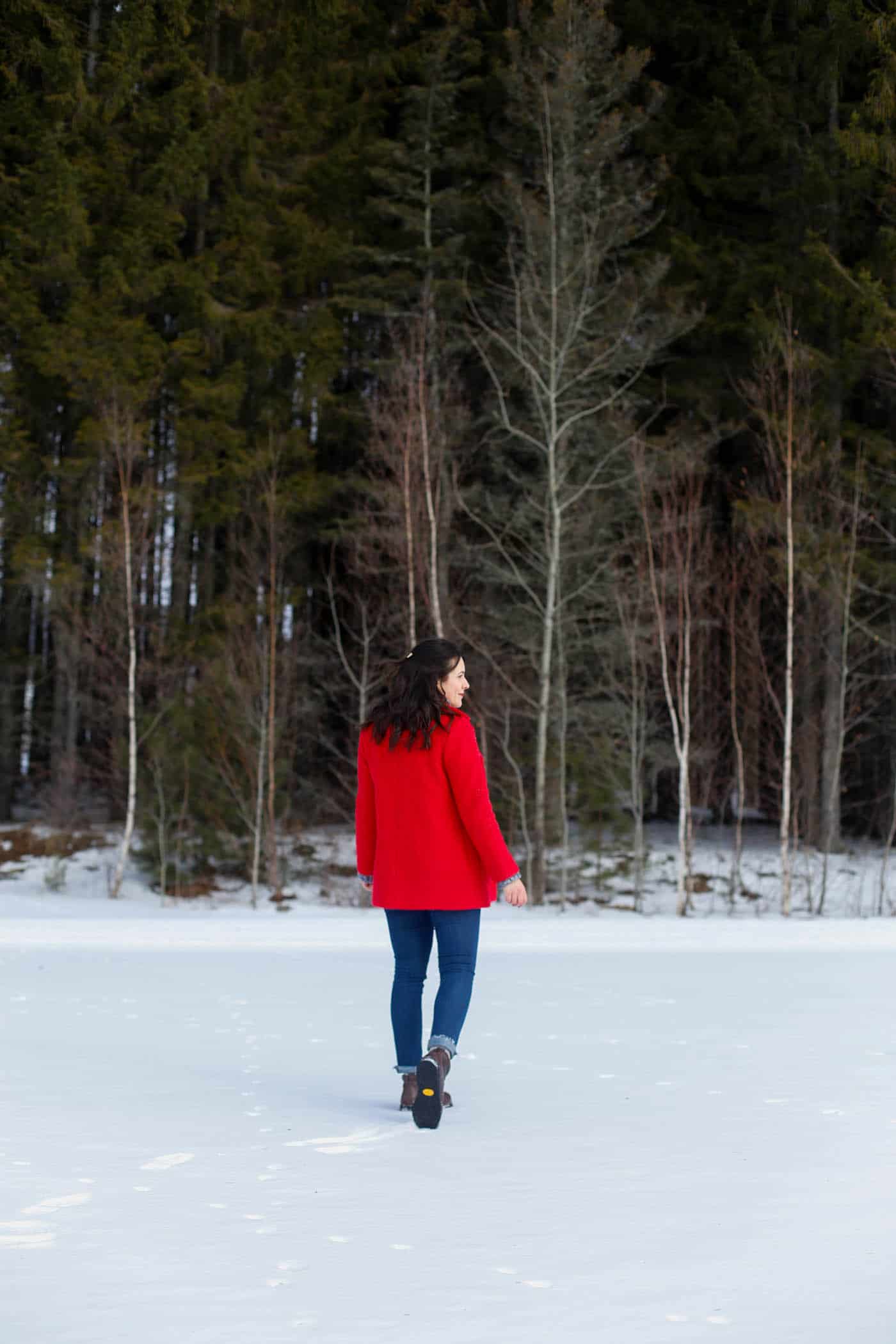 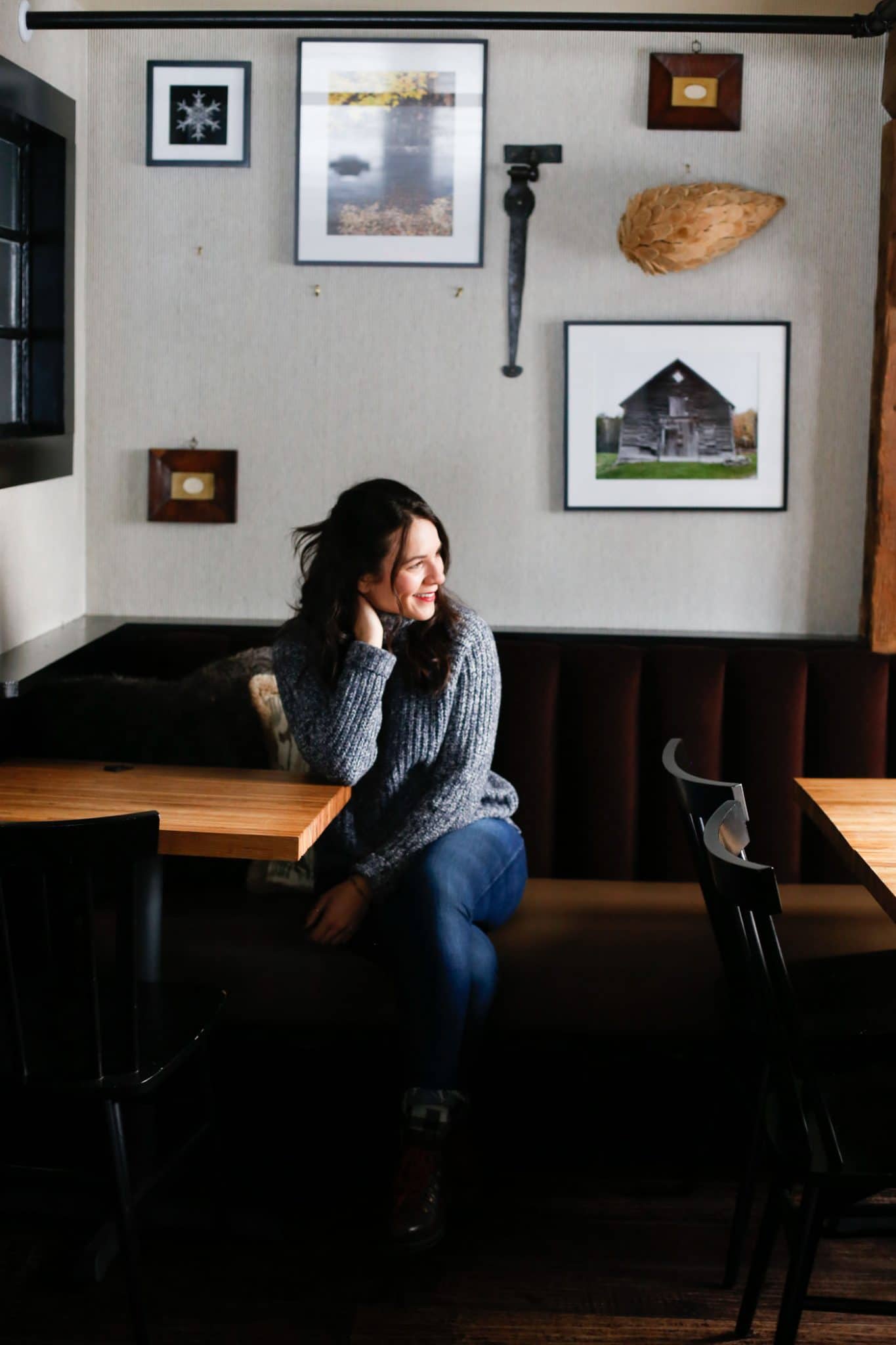 Later that night we headed downstairs to the tavern at Edson Hill. The most charming bar I’ve ever seen I think, for a post dinner cocktail and a riveting game of Jenga. As lame as it sounds, I think one of my favorite things about this stay was all the down time of playing games, having an Apres Ski cocktail and just relaxing. Now that my friends is how to have a packed non-ski day in Stowe. 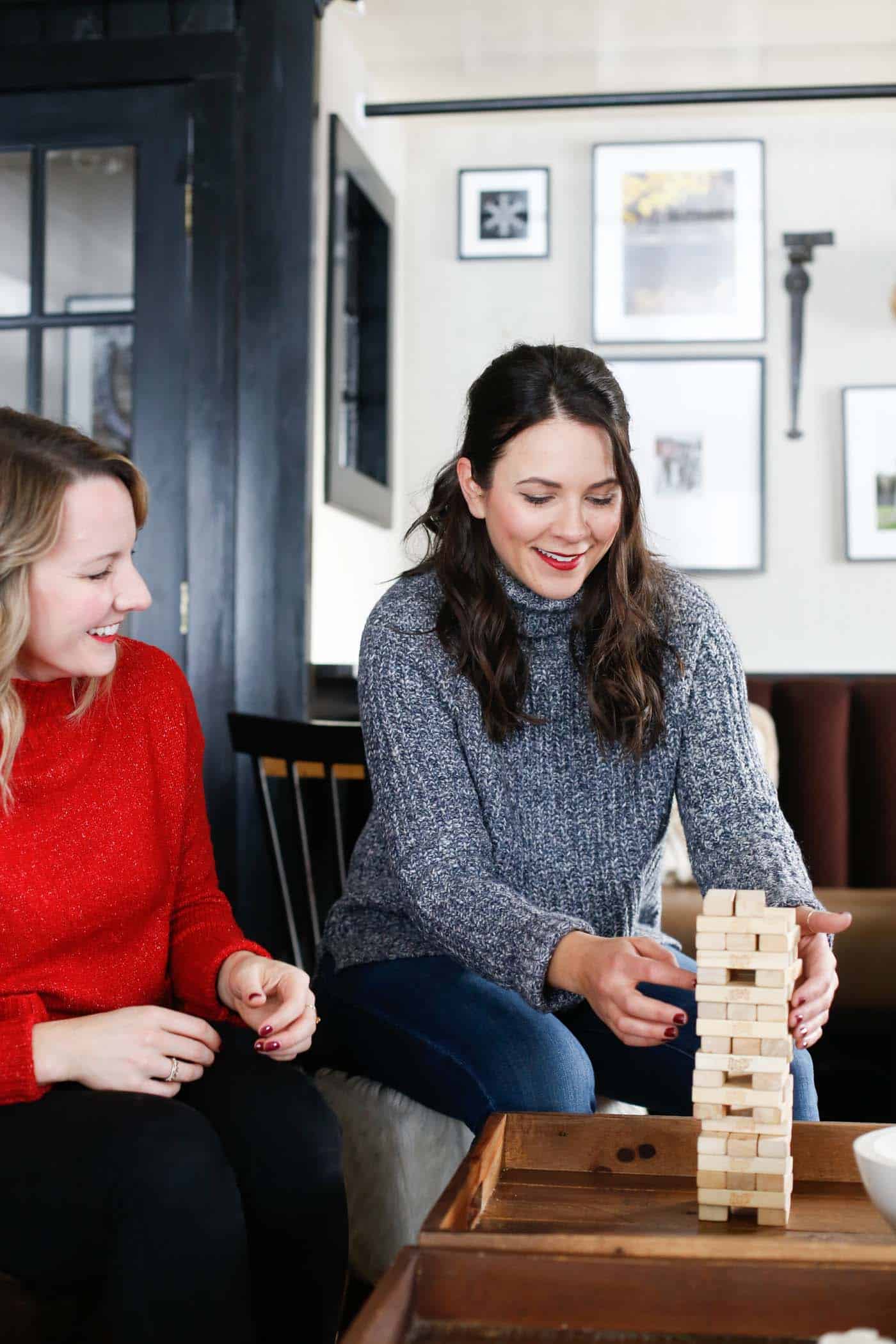 Photos by Sarah Porter of Two of Us Photography

view all posts in Fall + Winter