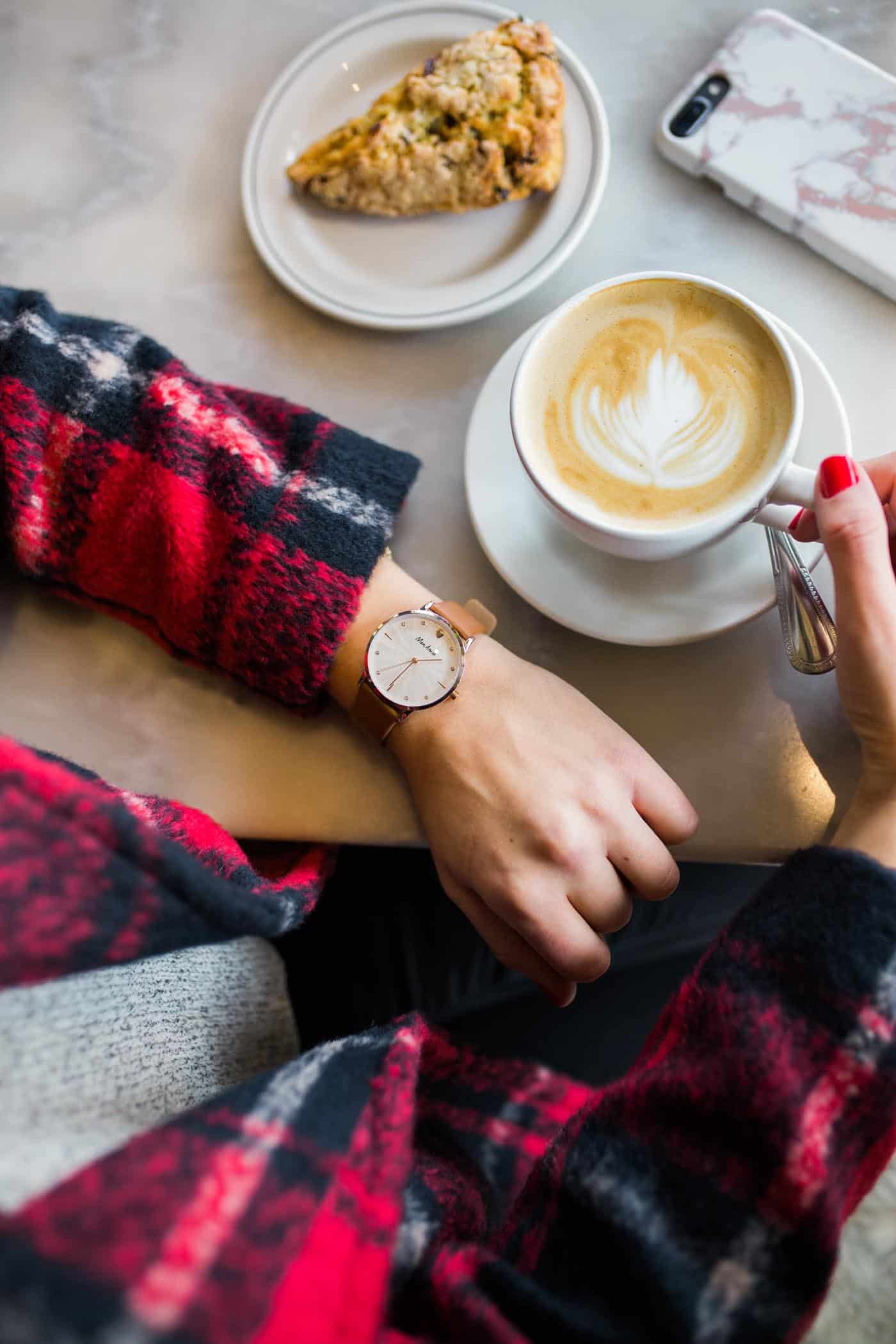 Happy New Year! Hope you all had a wonderful holiday and a safe and happy new year. I really can’t believe that it’s 2018 and that I’m officially counting down the days to my 31st birthday. I’m usually not one to make new years resolutions ever. I think if you want to start a new habit you should start right away instead of waiting until Monday or the new year and so on. I continue to try to implement a few of today’s habits into my day but it can be hard. So putting them down on paper and in front of all of you is a way for me to hold myself accountable. And hopefully inspire some of you to try these new years resolutions as well.

I’d love to know what sort of new years resolutions you’re looking to implement this year. If you’re in need of some ideas, here’s a few habits I’m looking to start in 2018.

I’m guilty of being on my phone way too damn much. I tend to use the excuse that it’s part of my business, which it is, but so much of it can be done from my computer that I have to stop. In 2017 I found myself putting my phone away a lot more around friends and family, but definitely could use improvement. Some ways to make this new habit a reality is to get everyone on board. When getting together with friends, put your phones in a stack and leave them there.  When with friends, put your phone on silent so you aren’t distracted by any rings or text messages.

Volunteer More Of Your Time

Last year between the hurricanes and fires across the country, something happened. I became consumed by all the animals that were being effected.  I donated my money to various charities to help, but it took physically bringing supplies to the Atlanta Humane Society’s makeshift shelter during Hurricane Irma that changed it all for me. Giving money feels good, sure, but it’s not compelling emotionally at all. Walking into the warehouse in Alpharetta with donations in hand and seeing dogs starting to arrive, people helping animals and the desperate need for volunteers, I finally felt compelled to do something.

Donating money and items just wasn’t enough anymore for me. That same afternoon after I dropped items off and cried the whole way home because not all animals get to live a life like my sweet Pork, I finally signed up to volunteer. I’ve only done three shifts so far, but it’s been the most rewarding thing I’ve ever done. My goal in 2018 is to volunteer at least two times a month and raise awareness for the animals.

Every new year I think this is one of the most common resolutions people make. Spend less money. But instead of thinking of it as spending less money, why not just develop better money habits. From clipping coupons, checking the circulars for deals and automating your savings. Money habits are just like any other habit from working out to healthy eating. It takes consistency to develop it and to make it last. I have a post coming up in a few weeks on my favorite money saving apps, tips and more! If there’s anything specific you want to learn about or how to manage let me know!

Every so often I find myself consumed by a great book. It’s rare, but when it happens I always finish and say to myself, why don’t I do this more? In 2018 I’d like to watch less Netflix and read more books. If you have any great recommendations send them my way! I was a big fan of Gone Girl and Girl On The Train (yet hated both movies).

Although my first habit is to stay less connected and be off my phone more, I do want to do one thing on it MORE this year. And that’s picking up the phone and calling my friends and family more. Growing up I sat on the phone for hours chatting with my closest friends. With texting, that has totally changed things. Although I can text my friend in Hawaii whenever, it’s just not the same as getting that phone call in and hearing their voice.  So friends, if you see me call ya, pick up the damn phone and let’s chat a little!

Say Yes More (But Also Knowing When To Say No)

I recently learned from my friends that I tend to cancel on plans. I was actually surprised by this because to me, it doesn’t seem like I do. Maybe because I cancel knowing that other people are still going so maybe they won’t notice I’m not there.  So in 2018 I’d like to say yes more and follow through. However, I don’t want to say yes to things that I don’t fully and whole heartedly want to do. Sometimes it’s necessary to say no to handle what may be going on within your own life. Whether that’s getting your butt to bed at a decent hour, or handling that massive project you really need to finish. Saying no is just as important to saying yes but know when to choose which is right for you and your sanity.

I have a bad habit of going to the same restaurants over and over again (hello Bartaco). They’re good ones, but my god this city is FULL of amazing spots that I haven’t tried yet.  In an effort to expand my culinary horizons and support local businesses, it’s time to start trying new spots with friends. And if you have any new favorite Atlanta restaurants, leave me a recommendation below in the comments!

As an influencer and someone who’s always on social media (hello habit number 1….) comparison is a detrimental part of my job, personally. As much as I don’t think I’m doing it on purpose, it’s sort of inevitable at times. Seeing a peer receive the collaboration you didn’t get, or wondering why you aren’t where someone else is, it happens. I do believe in staying in your lane doing you and not comparing your beginning to someone’s middle, but it happens and that’s normal. A few ways to get around this is to is again, stay less connected, maybe unfollow some peers and focus more on your own goals.