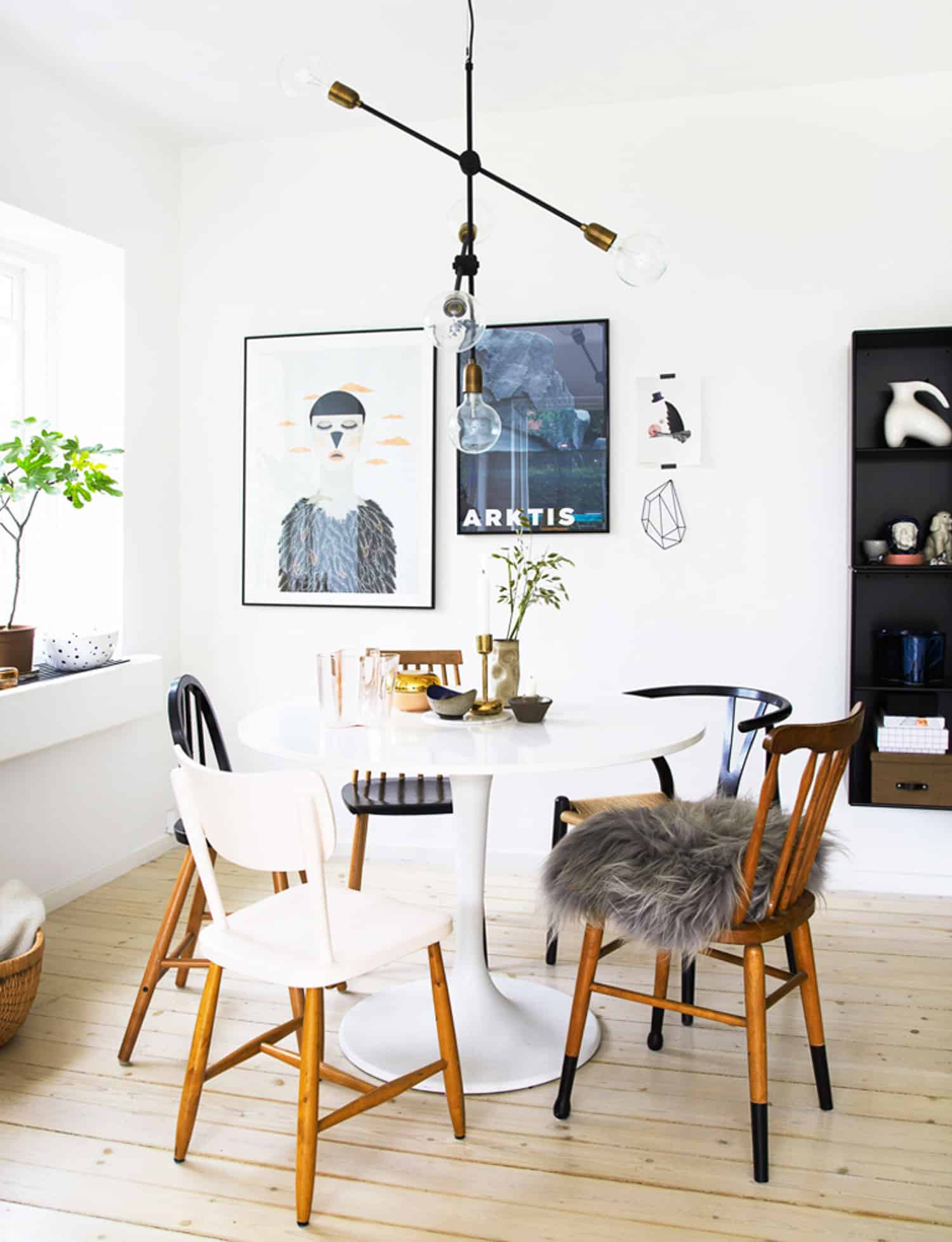 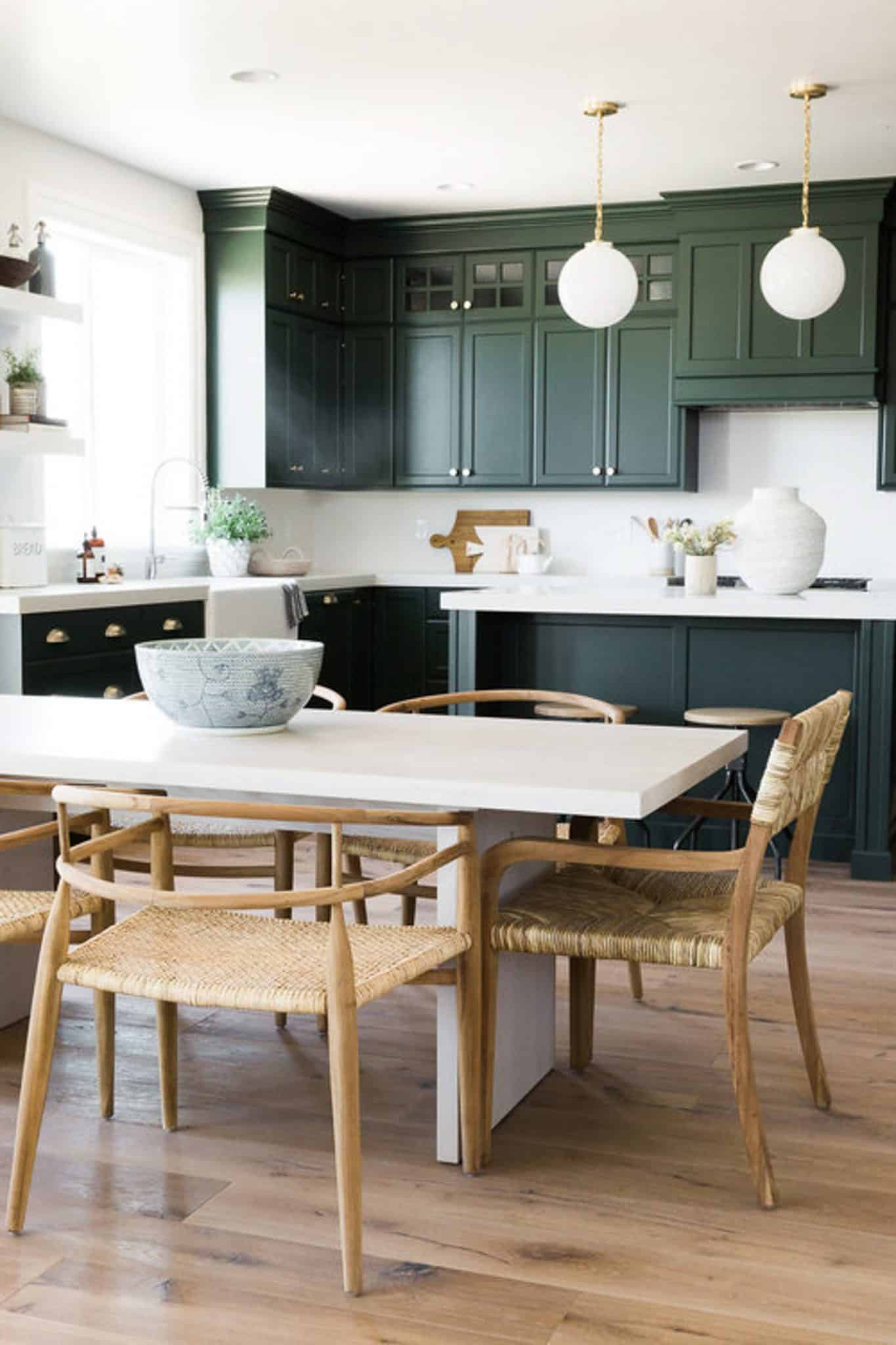 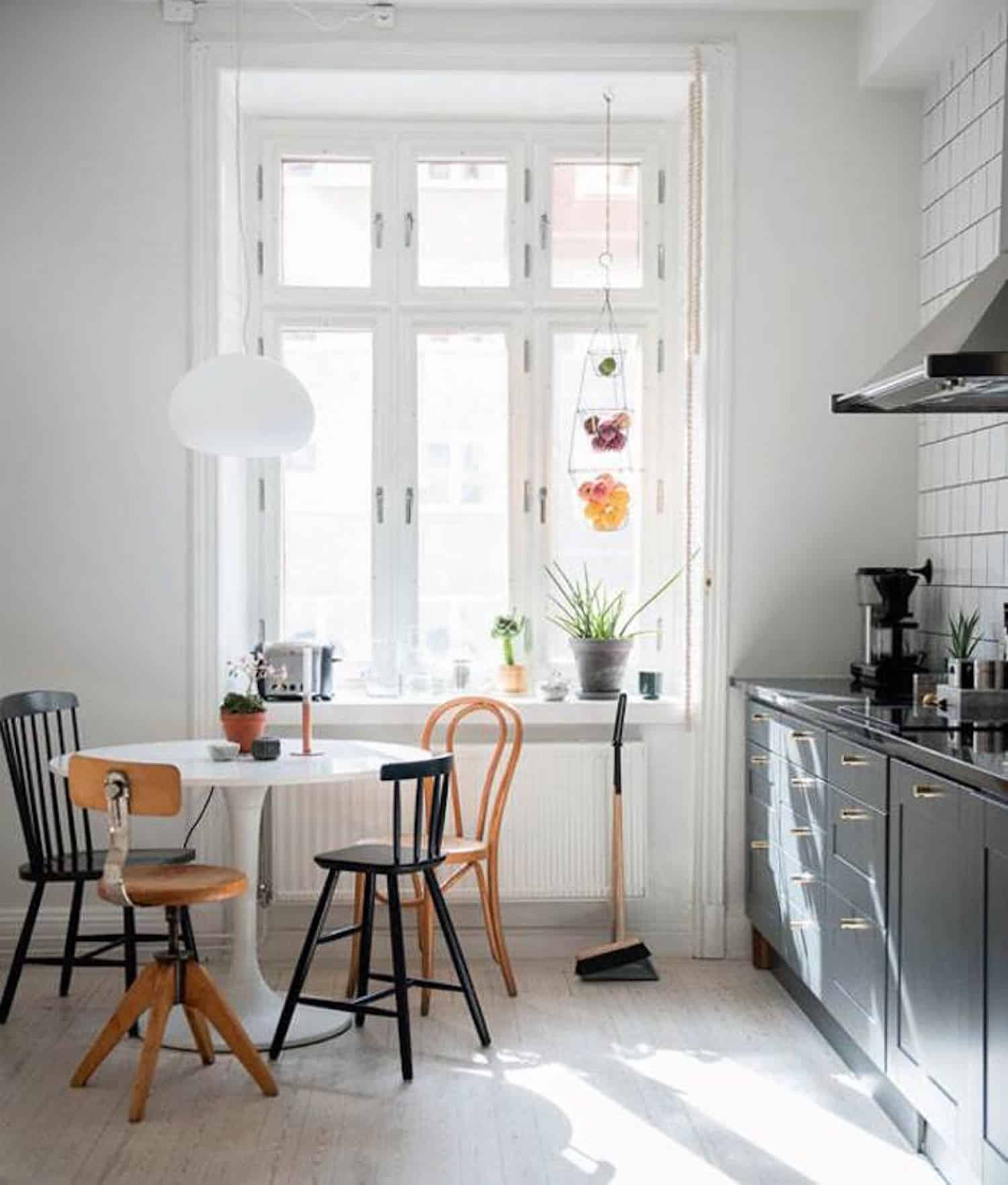 3 – Image via My Scandinavian Home 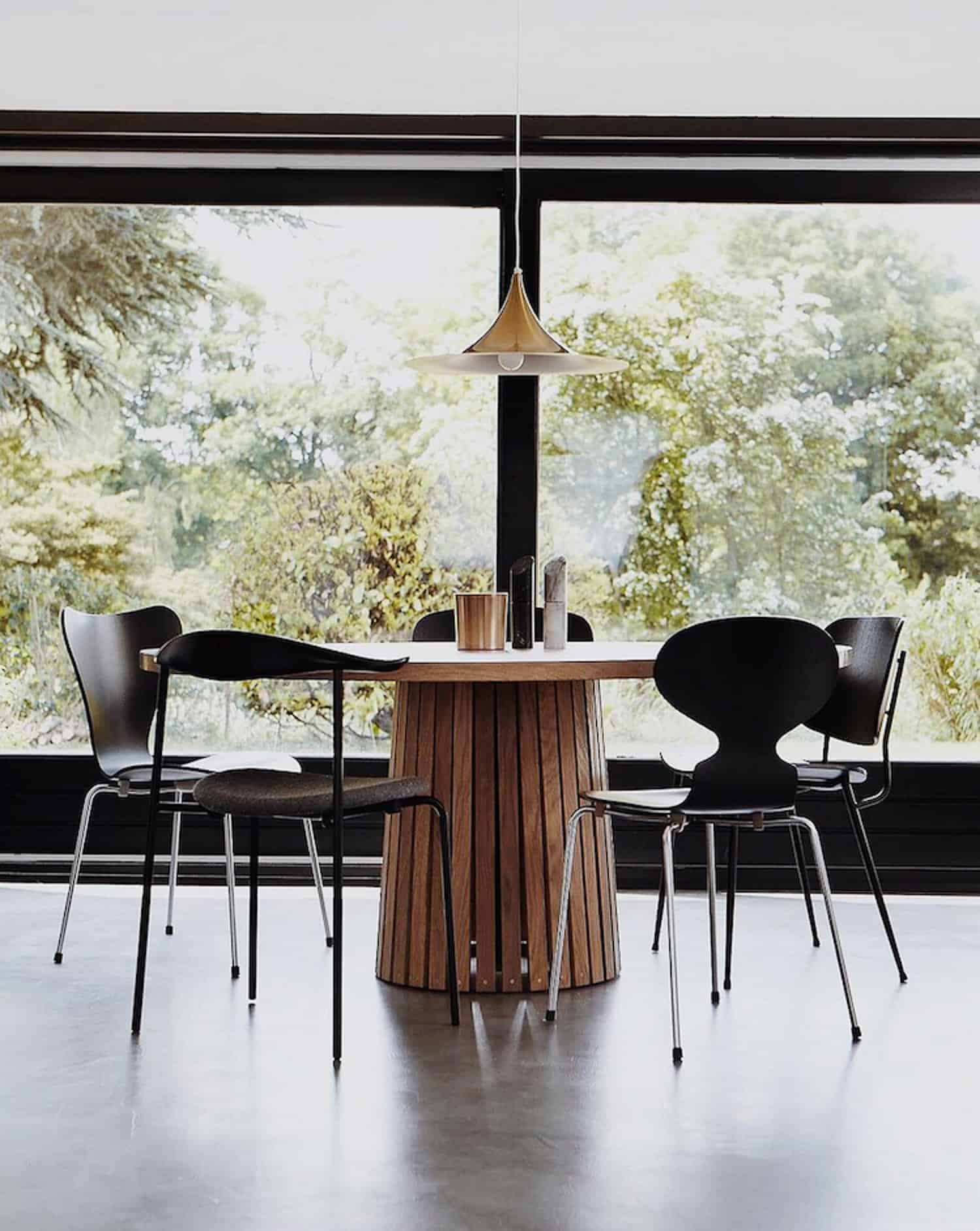 4 – Image via My Scandinavian Home 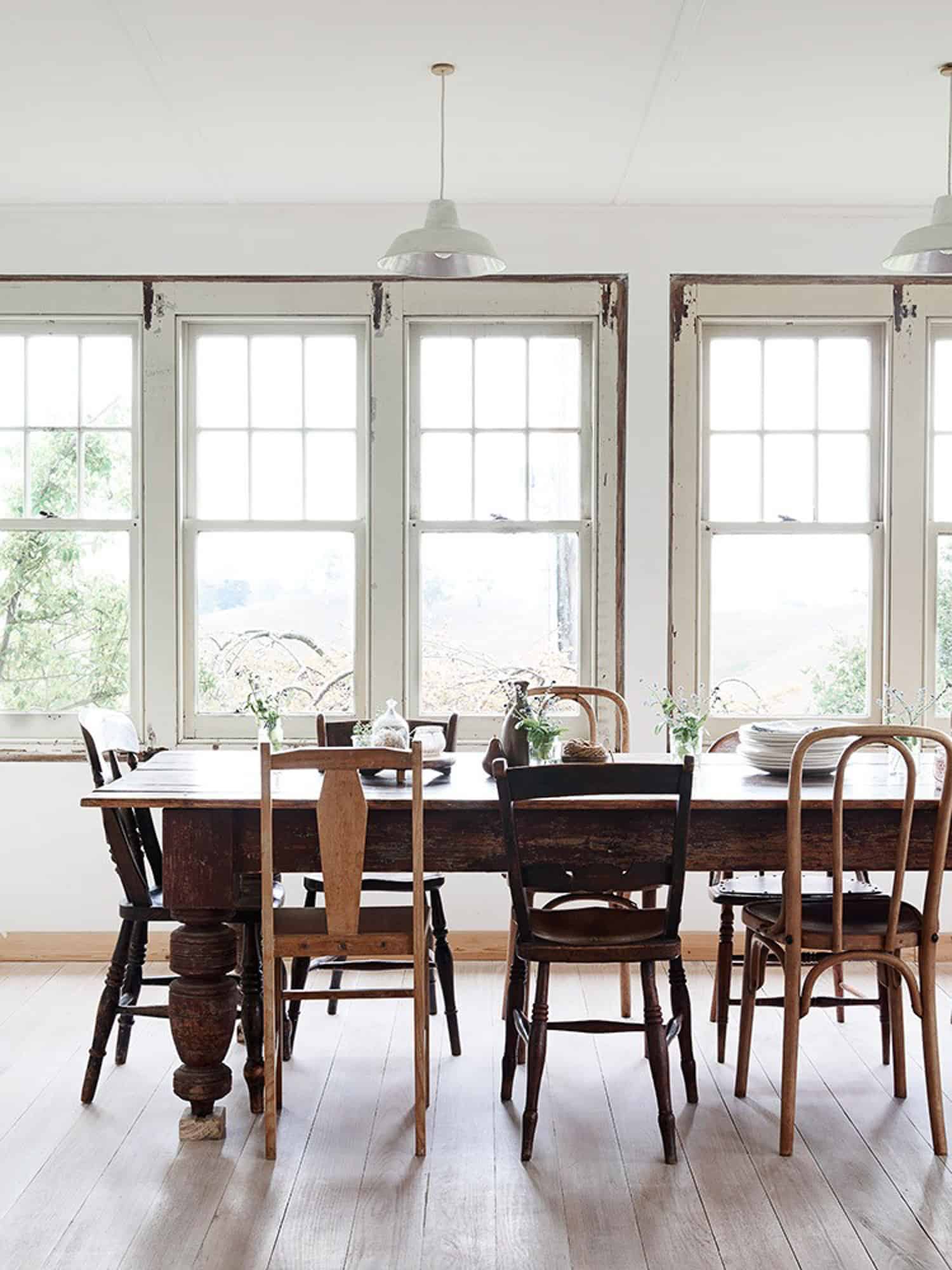 Remember those days that you walked into a Rooms To Go and you bought the “set”. The entire room. Everything matched. From the coffee table, to the couch, to the lamps to the dining set. It was all matchy matchy.  Why did we do this? Maybe it was easy, affordable. Not really sure. I’ll be honest though in that I’m guilty of this too. My dining chairs AND my bar stools are THE SAME. Why didn’t I branch out and get something different? I blame my age. I was in my early 20s and thought I just had to have everything from West Elm and all the same. It’s now the one thing in my house that’s left to update in my opinion. But I have no good reason because they’re in perfect condition and still in style. I’m just personally sick of them.

Insert the fun concept of mismatched chairs. Mixing and matching different styles and colors for a fun and interesting look. It may seem crazy. I know. But here are 5 really great times that it totally worked. There are a few things to keep in mind when creating this look because trust me, it takes a little bit of work. You can’t just grab a handful of chairs and call it a day and it works. Because it honestly likely won’t. Sorry.

5 Tips To Pulling Off The Mismatched Dinning Chair Trend

Stick To A Similar Color Palette (or don’t!)

So that’s confusing, right? Here’s what I mean. If you’re going to add five totally different style of chairs to your table, keep them within the same color palette. It’ll be easier on the eye and less distracting. But if you want to change things up and have several contrasting colors, then keep the chairs more similar. Think five great Eames chairs in varying colors. It still feels cohesive even though you’ve gone bold with an array of colors.

Keep Things All The Same Height (or just about)

To make things easier on the eye, and to make your space feel more put together, keep things the same height. They don’t have to be EXACT but having one random large chair that towers over everything else will definitely seem off.

You can completely add taller, bolder, more colorful chairs to the end if they’re your anchor.  Keep these the same chairs, and mix up the rest. Having an anchor keeps things feeling more consistent and allows the ends to be your focal point. A fun idea could be having bold navy chairs on either end and then mixing in white chairs in between.

When In Doubt, Grab Pairs

You can’t go wrong with two or three sets of pairs that complement one another. Alternate them for a consistent look that feels put together and intentional. I think that’s truly the main take away here is that your mismatched chairs should look intentional and cohesive and not that you just had a bunch of random hand-me downs.

Stick To A Genre

If your house is mostly mid century modern, or French country, keep your pieces the same as well. There are always several great options for every genre of style and work within that. It’s also fun to add a little something different to compliment it all. I love mixing something more feminine with an industrial style. Think about using that as your anchor, or your one bold hue to switch it up.

view all posts in Interiors